Recently I wrote up the tasting of a French Petit Chablis and it reminded me of just how detailed and confusing the French classification systems are. When I did the WSET 2 qualification we learnt the main wine classification systems and when reviewing France I remember thinking ‘there’s no way I’m going to remember all this.’ I was right! Couldn’t remember a bloody thing when looking up Petit Chablis vs Chablis. There’s just too many French wine regions for my poor brain to hold.

In fairness my knowledge of Italian wine classifications was a equally as sketchy until I started drinking more Italian Wine and writing it up in this blog. And I’d say Italy rivals France in having a ridiculous number of wine regions and probably more grape varieties than France (must look that up). Then again that is the point of this blog: to learn as I go along. Picking up just a bit more knowledge with each glass drunk.

I blame all the recent Christmas excess as to why this time my mind drew a blank and was unable to process all the French stuff. Time to get a grip and go back to basics:

This is still an old world versus new world wine difference, though apparently we no longer refer to them as that. Those countries that started producing wine for international markets in the last century (Australia, New Zealand, South Africa, Chile, Argentina, North America etc) tend not to use quality classifications. Their wine labels are known for ease of reading. Usually they specify the vintage, grape variety and area the wine was made. Wonderfully simple! We love them.

In the old world wine areas (mainly Europe) each country and region has it’s own classification system. This is not surprising as wine has been grown here for millennia. During that time borders, cultures and languages have all changed. For most of Europe’s history the countries we now know didn’t exist and the land was divided into smaller fiefdoms that constantly changed hands as wars were raged. It is in this setting that each area where wine was grown created it’s own system of classifying their wine.

It was with the advent of the European Union, and let’s be honest, competition from the easier to understand New World Wines, that an attempt was made to have some sort of over riding classification system that all European wines could slot into. Not an easy task given the quantity and variety of wine involved.

The caveat to this Old World vs New World wine labelling system is that as the newer wine producing areas become more established they too are now looking at ways of differentiating certain wines from the masses. I don’t blame them. If you’ve spent generations building your knowledge and expertise to make the finest wines your area can produce, you hardly want that lumped in with any Tom, Dick or Harry that feels he could have a go at wine making.

The European Appellation system of wine classification is predominately geographically based. Wines are classified from lower quality to higher quality in three levels as follows:

Table Wine – A basic wine made from grapes grown somewhere in that country. Sometimes they may specify the vintage and grape varieties but often not. There is no guaranteeing the same grape varieties are used each time and grapes may be sourced from a variety of regions. It’s a bit of a free for all.

Typical Geographical Indication Wine – These wines will be made from grapes grown in a specified region and using grape varieties typical of that region. Depending on the area some leeway maybe allowed on what grapes are used.

Protected Designation of Origin Wines – The rules for these wines are usually much stricter. The grapes must be grown in the specified region and use specified varieties. In some cases the % of grape varieties is also documented and sometimes the wine must be made in a certain way. Each Designation of Origin will have it’s own rules and to get this classification you must follow those rules.

Now I have drunk good wines from all three of the above classifications, and also some not so good wines. They certainly don’t guarantee quality because that is down to the skill of the wine maker and more often than not the weather Gods. However the rules around Designation of Origin Wines are based on centuries of experience and knowledge of what works well in that area, so they’re usually a safe bet. However many good winemakers will forego this classification in order to experiment with different grape varieties and wine making techniques. They then fall into the Typical Geographic Indication classifications but, if it’s a good winemaker, it will be bloody good wine.

So basically you just need to remember the three levels. Easy right? Except you then have to learn what these three levels are called in about six or seven different languages 😱😱. To make life easy here’s a table from The Larousse Wine Guide that does it for you:

There’s nothing basic about this really. This is all the extra stuff each region has built up over the millennia to describe their wines. You just have to pick it up as you go along.

For example here in Spain red wines are often marked Joven, Reserva and Gran Reserva to specify how long the wine was matured in oak.

In Chablis, the wine that started this journey for me, they have split a perfectly good Protected Designation of Origin (AOP in France) into four separate ones (Petit Chablis, Chablis, Premier Cru and Gran Cru) according to which exact field the grapes were grown in, because it makes that much difference apparently. No wonder I get confused! 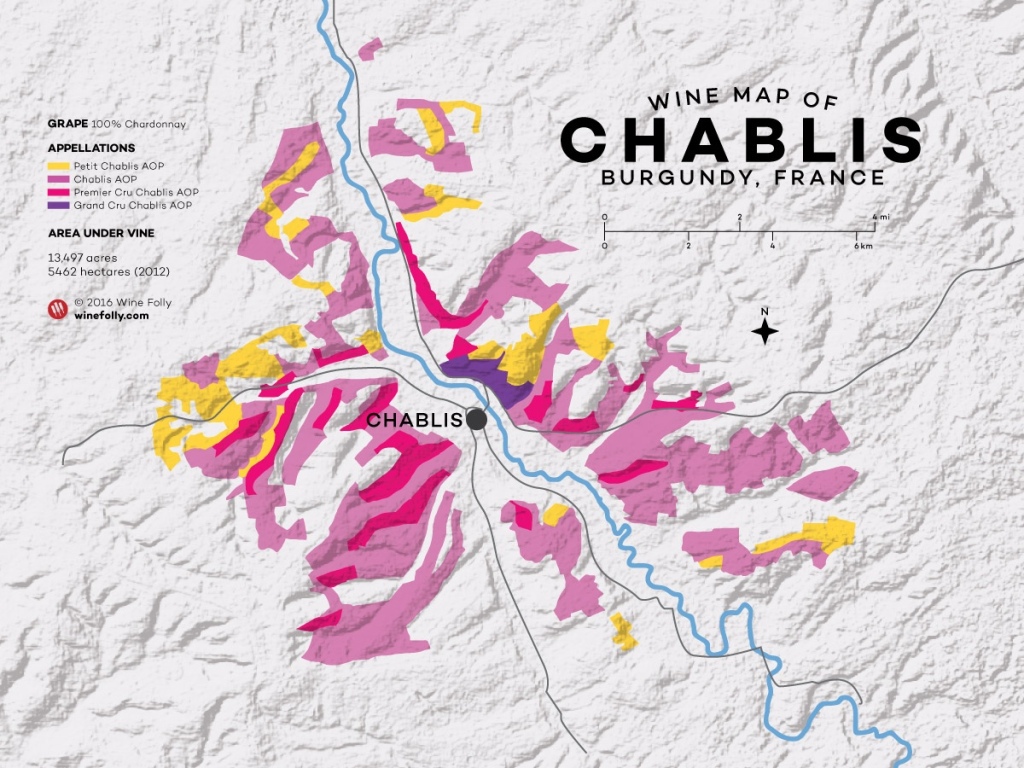